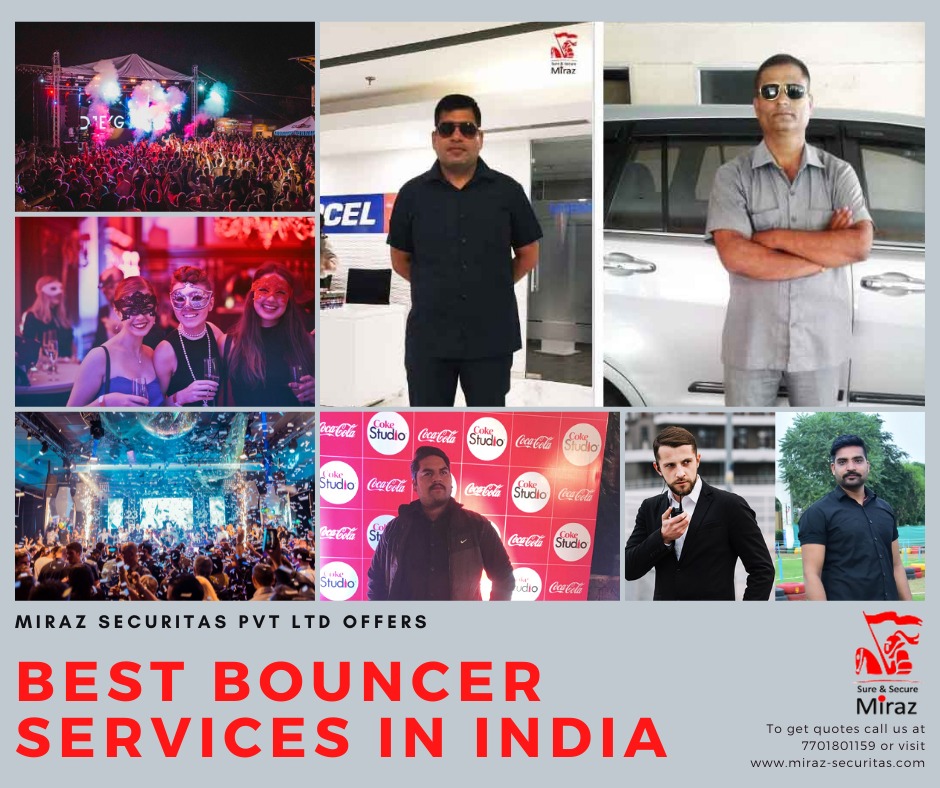 Is Having Bouncers Good or Bad for Your Club and Bar?

An unpleasant fact of the bartender’s business is that the places they work in occasionally attract people exhibiting undesirable behavior. Whether it is the alcohol, frustration over life, or just plainly a bad attitude, you will at certain point have to deal with someone ruining the atmosphere you have tried so hard to make and making all the other, normally behaved, visitors rethink the decision of going to your place for drinks.

As someone who has mostly worked in bars having no security staff, one has to be gotten pretty good at either talking these people into altering their attitude or getting rid of them faster and with a minimal amount of fuss. Still, at certain times, there are situations when having some assistance with resolving these situations, help or, better to, have someone to run the door on your behalf so people intent on trouble are kept out completely. Enter the doorman or a bouncer a great favorite of bar businesses everywhere, but unfortunately not a solution that always works out for the best.

This blog by Mr. Atul Mahajan, Director of Miraz Securitas Pvt Ltd Delhi’s Top Security Company for providing Bouncers to bars, clubs, discotheques, and restaurants talks about the possible pros and cons of having a bouncer.

The primary job of a doorman is to provide a welcome to visitors by being courteous and polite, holding the door open, provide information about the bar or club, really anything to persuade persons to come in for a good time. At the same moment, their presence at the door sends a clear message to potential troublemakers that the premises for their antics are elsewhere and that they will see themselves out on the street as soon as they begin something.

Or at least this is the scenario, in theory, in practice, you will mostly find that rather than gracious doormen, you are greeted by the stereotypical bouncer. Bouncers are separate from doormen in that they pay attention more on scaring away undesirables than welcoming people out for a good time. The issue is that a lot of people are intimidated by large, gruff individuals and figure that the venues that employ large groups of them are the places where it happens off every night. Although it is difficult to gauge the amount of revenue that could have been brought in by those people that ended up going somewhere else, bar owners should consider if the benefits of having a sturdy wall of meat standing around the outside do not outweigh the expected costs.

Having to navigate one of these men of great body to enter a venue alters the atmosphere inside. It has also been noticed over the years that mostly the places having bouncers are the places where trouble happens, with the possibilities increasing the more of them there are. Though it is a bit of a chicken-or-egg-like situation, it is felt that bouncers attract aggression because of their demeanor, sometimes worsening the scenarios they are meant to prevent.

By paying attention so strongly on intimidation, they invite the sort of people that considers that as a challenge and may even go and pick fights with the bouncer post a few drinks. Having belligerent drunks yelling in front of you half the night is unlikely to improve an individual’s mood which then makes it more possible that the bouncer will choose to escalate a situation instead of resolving it. It is a vicious circle that can damage a bar or club’s reputation and with it the possible flourishing of its business.

It does not mean you must get rid of bouncers completely, there have been a few times where it is completely fine to have someone in charge of security present, specifically, in the rowdier parts of the venue. To prevent the drawbacks from outnumbering the benefits, though, a bar owner needs to move the job away from the intimidating stereotype and focusing more on rolling out the welcome mat. Miraz Securitas have provided some excellent doormen and bouncers over the years, and they were mostly people that could have been great bartenders in their own right, friendly, well-accustomed people who were willing to go that extra yard to make a customer’s evening perfect. Certainly, they could handle themselves when it hit the fan, but they never perceived that as the most important part of the job description.

To attract people like that, and have them in a customer-friendly state of mind once they have been hired, it is best to not put them out on the road where they are possibly to be subjected to the weather and rowdy passersby but keep them inside instead, where they can solely pay attention to their job without losing their pleasant demeanor. This manner doormen or bouncers could be like their co-workers, keeping the party going, and adding value to the environment rather than detracting from it like several bouncers tend to do.

Hotel Safety: Security Measures for Indian Hotels to Check for

How does an Unqualified Guard Harm Your Business?