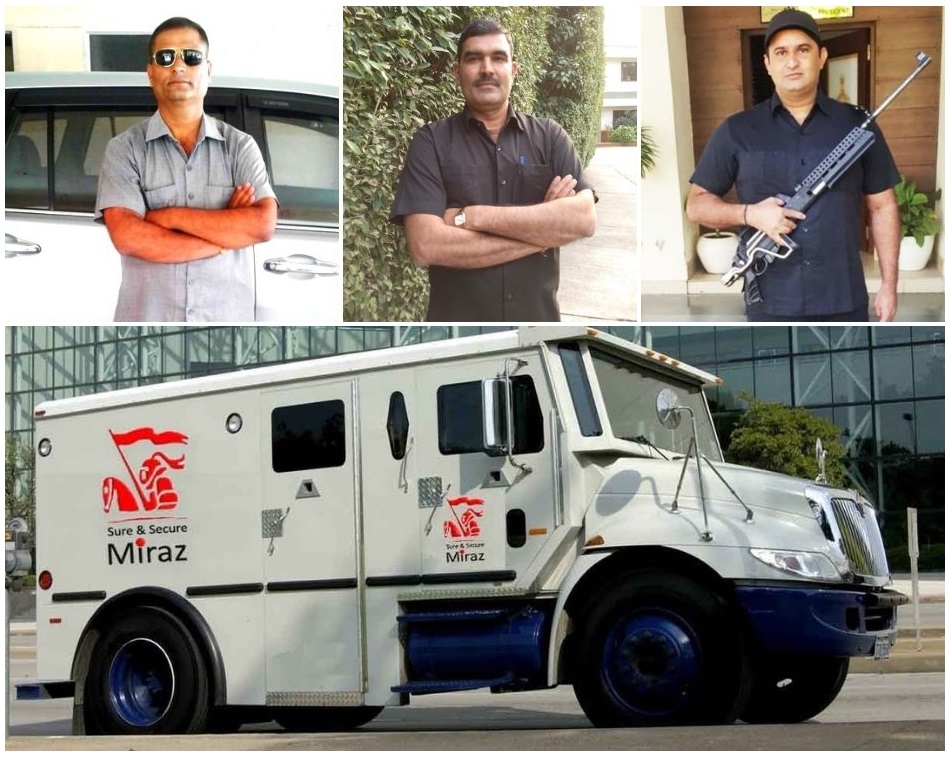 Be it the Republic Day celebration or Independence Day’s PM’s speech, we all have noticed and appreciated the Security Officers on television who accompanies and secures our prime ministers and VIP’s during the events.

“What an amazing personality the security officers or NSG commando’s hold” – tough physics, alert body the posture that is always ready for action with sharp eye sights that cannot miss anything. Undoubtedly our security personals make our country proud by securing our leaders.

But our country’s VIPs are not limited to our parliament, there are district and state-level emerging political leaders, industry leaders, successful businessmen, celebrities that our country to have to secure.

Unfortunately, India’s security strength, economic limitations vs large population, vast geographical area and constant threats from our enemy countries and terrorists – does not allow the nation to provide NSG Commandos and trained Security officers to every important person across the nation.

That is why the role of the private security industry is rapidly growing in the country.

What is a PSO (Personal Security Officer)

PSO is a specialized job role linked with maintaining the security and protection of dignitaries such as Politicians and VIPs. As you know that Indian Politicians are mostly busy owing to their schedules and it also needs them to go and attend several public gatherings. Thus, their security is of utmost importance.

As in today’s time with ever-increasing threats and risks to their personal safety and security. The situation demands the requirement to have a PSO for the people such as politicians, business tycoons, and other VIPs. And this is where the role of PSO (Personal Security Officer) comes into place. As they not only accompany their client for outdoor visits but also look after their complete security even when they are at their home.

The chief responsibility of a PSO is to secure their client against every possible threat. As a PSO one needs to act within the confines of the given assignment. And at times also needed to work alone or with a team both unarmed or armed. Depending upon the sensitivity or the scenario.

Why Should One Take PSO Services From Miraz Securitas?

Getting a bodyguard may not be sufficient. This is where Miraz Securitas’ PSO is an asset. As mentioned above that Miraz is Northern India’s Top PSO services provider when it comes to providing security to politicians, businessmen, celebs, and other VIPs. And there is a reason for that. As Miraz strongly believes in the best quality PSO services are based upon advanced preparations, planning, activeness, timely reaction, and above all keeping your clients safe and secure at all costs.

This is where Miraz appointed PSO are the best as they specifically hire those individuals who have worked as a Black Cat Commando, or an Army man in the Indian Defence Forces. These attributes make Miraz Securitas appointed PSO (Personal Security Officers) different from the others.

Miraz provides PSO for both long-term duration and also for few hours. Depending upon a respective requirement. One of the features of Miraz’s PSO service is the faster deployment of Personal Security Officers for the following role:

This article has been written by the editorial team of Miraz Securitas Pvt Ltd.

Fire Safety and Prevention Tips for Offices During the Summers

Do You Have the Right Security Guards to Secure Your Office Premises? Here are Ways to Improve your Office Security.